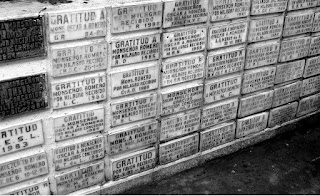 Because we must instruct our Archdiocese on the informative process for a miracle obtained by a faithful Christian through the intercession of Blessed Oscar Romero, Bishop and Martyr, I make known to all the following:

The Church from the early days of its existence has always required before allowing the worship of a Servant of God, that deeds of miraculous nature have been performed through his intercession. Under current church law, a miracle performed after the death of the Servant of God and proven through a legal process, is sufficient for beatification. Another miracle performed after beatification is required for canonization.

In the case of Blessed Oscar Romero, martyrdom constitutes the miracle required for beatification, a gift that God gives to few of His children, so that, in the likeness of his Lord who died for the salvation of all, in an act of sublime love motivated by his faith, he gives his life in a sublime act of love before one who imposes death in hatred of the faith. Therefore, another miracle performed after the beatification is required for his Canonization.

What is a miracle?

It is not easy to give a definition of miracle that encompasses all of its aspects. We adopt the following definition, common among modern theologians: “an unusual religious event, which is a special and gratuitous intervention by God and is at the same time a sign or manifestation of a message from God to man, and a call to conversion”. But we are concerned here about its ontological dimension , i.e., the phenomenon as extraordinary event that surpasses the laws of nature, and how to prove it through a legal process.

a) that which exceeds the forces of nature “quoad substantiam” in the sense that nature cannot cause it, for example, that two bodies should coexist simultaneously in the same place, or that a body should be glorified;

b) that which overcomes the forces of nature not by the act itself, but because the subject in which it is worked: for example, the resurrection of the dead, or the growth of a leg or another limb that had been amputated. Nature is capable of generating life, but not in a dead body, and is able to grow a limb, but not if it has been amputated;

c) Finally, a fact that exceeds the forces of nature “quoad modum”, for example, the instant healing from a serious illness, without having used any drugs or other cures; the disappearance of a severe atrophy; or that a wound should heal instantly. Nature can correct the atrophy of a limb or heal a wound, but never does it instantly. This tells us that our investigation should focus on extraordinary phenomena of a physical order. Among these, the most common phenomena often refer to miraculous cures after the invocation of a Servant of God or a Blessed.

Before formally starting a process on a presumed miracle cure, we must carry out a series of investigations.

a) First we must ask the person cured or their parents, if it is a child, for a written report, as thorough and detailed as possible, on the following: symptoms of the disease; diagnosis and prognosis by the doctors; any cures; the history of the disease; whom the patient was entrusted to; if healing was instantaneous; medical tests after healing;

b) If there are sufficient elements in this report to believe that it is a miracle, we must begin to collect all possible documents relating to the case. If the cured person was hospitalized in a clinic or hospital, we must request the medical history from these centers as well as the certificates of various radiological, laboratory examinations, etc. It is not enough to have an excerpt of that history; in addition to diagnosis and prognosis, detailed day-to-day course of the disease and the drugs used must be obtained. Remember that for reasons of professional confidentiality, only the patient or the patient’s parents, if the patient is a minor, is entitled to request medical documentation. All clinics and hospitals in almost all nations have an obligation to keep medical documentation (medical records, X-rays, biopsies, etc.) for 10 years, after which they usually proceed, because of space limitations, to the destruction of the same ;

c) Having obtained the report and any documentation that relates to the case, it is necessary to consult a specialist in the disease who can say whether there is any natural explanation in science. In practice this documentation is sent to the postulator in Rome, who has the means to consult some doctors who are part of the Consulting Experts of the Congregation. Thus, he will indicate whether it is worthwhile or not to commence the process. Then, a Roman expert will help draft the questionnaires in the case.

In the event that the extraordinary event attributed to the Servant of God or the Blessed, once the prior investigation has been performed and a competent physician has been consulted, presents the characteristics of a potential miracle, the postulator will direct a legal request to the competent authority and attach to it: 1) A detailed report of the case; 2) a written statement of the alleged recipient of the grace; 3) a list of witnesses, which cannot omit the doctors who treated the patient, and the family members of the patient; 4) all the documentation gathered so far; 5) the opinion of an expert if any. Experience shows that out of a hundred cases reported as miracles, few will be established as such, because most are explicable under the laws of nature.

With these brief and clear guidelines, we call on all those who believe they have received a favor through the intercession of Blessed Oscar Romero to come to our Canonization Office in the Archdiocese of San Salvador, so that your case may be duly accredited for study. (From: Romualdo Rodrigo, “Manual para instruir los Procesos de Canonización”,  Pontifical University of Salamanca, 1988).

We ask the Lord that all may be for His glory and for the good of those who love Him.

Given in San Salvador this twenty-sixth day of May, two thousand fifteenth.


Director of the Office for the canonization of Msgr. Romero
Posted by Carlos X.