How they proved Romero’s martyrdom 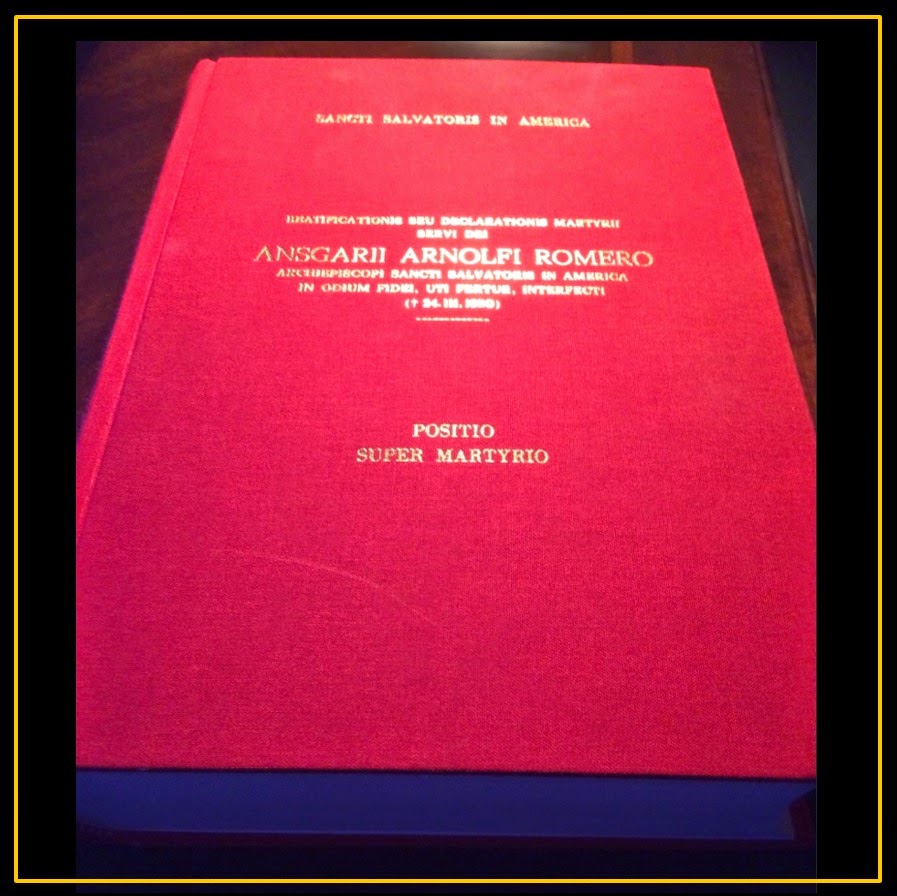 
Despite the doubts that persisted for decades in the Archbishop Romero beatification cause, primarily over whether his murder had been motivated by political or anti-religious animus, his martyrdom was unanimously approved by a panel of theologians and a commission of cardinals and bishops at the Vatican. To convince the Roman authorities that Romero was a martyr, the Postulator, Monsignor Vincenzo Paglia and his collaborator Prof. Roberto Morozzo della Rocca, presented indirect evidence that any political calculus in the decision to eliminate Romero was imbued with a deep antipathy toward the faith and the Church.


The arguments and supporting documents in favor of the martyrdom of Romero were presented to the competent authorities in a huge volume, over 1,100 pages long, called the «Positio Super Martyrio.»  According to standards established by Saint John Paul II, a «Positio» combines methodologies from theology, the sciences, and Canon law to reveal the holiness of a candidate for the sainthood and to show his relevance to a given historical time. Kenneth Woodward, Making Saints: How the Catholic Church Determines who Becomes a Saint, Who Doesn’t, And Why (1996), p. 227. The facts of his life, meticulously collected, scientifically verified, and theologically interpreted, serve to highlight the individual and spiritual ‘fingerprints’ of the prospective saint. Op cit.


The «Positio» of Archbishop Romero was pulled together by Prof. Morozzo della Rocca, an Italian historian, and author of Primero Dios: a life of Archbishop Romero (Edhasa, 2010), Óscar Romero: Un obispo entre guerra fría y revolución (Editorial San Pablo, 2013) and several other books that analyze recent conflicts in several African and European countries. Following the successful conclusion of the beatification process, the «Positio» (photo) will be kept in the Vatican archives.  The «Positio» includes a biography of the archbishop over 400 pages long; an analysis of his Christian virtues and his martyrdom; comprehensive testimony from 34 witnesses whose statements were collected during the Diocesan process; some 250 pages of important documents, including homilies, pastoral letters, and some key ecclesiastical correspondence; as well as expert reports regarding the historical context in which Romero lived.


The central issue analyzed in Archbishop Romero’s «Positio» relates to the question of his martyrdom: whether Romero was killed in hatred of the Catholic faith, versus other reasons, such as political ones or perhaps relating to military strategy. In this regard, Pope Benedict XVI reiterated in a speech in 2006, that it is “necessary, directly or indirectly but always in a morally certain way, to ascertain the "odium Fidei" [hatred of the faith] of the persecutor. If this element is lacking,” said the Pontiff, “there would be no true martyrdom according to the perennial theological and juridical doctrine of the Church” (emphasis added). Romero’s postulators chose to prove “odium fidei”, “indirectly”. The «Positio» incorporates several official reports, including the 1993 United Nations report, which concludes that Roberto D'Aubuisson was the mastermind of the murder, to establish based on circumstantial evidence (historical-social evaluations) that those who killed Romero also hated the faith.


To establish «odium fidei», the «Positio» makes out three points: (1) there was persecution in El Salvador; (2) its violence was directed toward members of the Church; (3) the same persecution struck Archbishop Romero. «Positio», chapter XX. The persecution and violence that permeated Salvadoran society is contained in the expert portions of the «Positio», as well as the testimonies of the witnesses. The analysis begins to tighten as it homes in on the debate over whether this violence which undeniably touched the Church targeted the Church specifically, and was not only “collateral damage” from the larger violence. Two of the witnesses interviewed, notable for their pro-government bias, denied there had been persecution of the Church. However, the remaining testimonies presented an overwhelming picture of constant persecution of the clergy, catechists, and the laity at a punishing rate during the 1970s. Undoubtedly the most hard-fought debate and exhaustive analysis in the «Positio» focuses on the figure of Archbishop Romero.


The Church had betrayed those who had supported and disseminated it. This caused the oligarchy to hate the clergy and the faithful who showed social sensitivity and demanded a fairer country. The growth of Castro-sympathizing guerrillas, with their violent practices, was also attributed to the Church because many of the guerrillas were Catholic, when in reality in El Salvador of the time everyone was Catholic by origin and cultural tradition.


Like other priests in Latin America in those years, he was the victim of an oligarchic system formed by people who professed themselves Catholic and saw in him an enemy of Western social order and of what already Pius XI, in “Quadragesimo anno” terms 'economic dictatorship'.

Among the letters of Archbishop Romero in the «Positio» is one directed to the Congregation for Bishops in May 1978, explaining his pastoral action. In it, Archbishop Romero writes: “how difficult it is to be completely faithful to what the Church proclaims in her teaching, and how easy, on the other hand, to forget or set aside certain aspects. The first involves much suffering; the second brings much security, tranquility and the absence of problems. One arouses accusations and contempt; the latter brings praise and very promising human prospects.”


The postulators of the cause of beatification of Archbishop Romero argued the martyr Bishop chose to be “completely faithful to what the Church proclaims in her teaching”, and that it was specifically this loyalty which provoked his persecutors to assassinate him. In doing so, they put on display their hatred of the Christian faith.
Posted by Carlos X.