Romero will be beatified in May 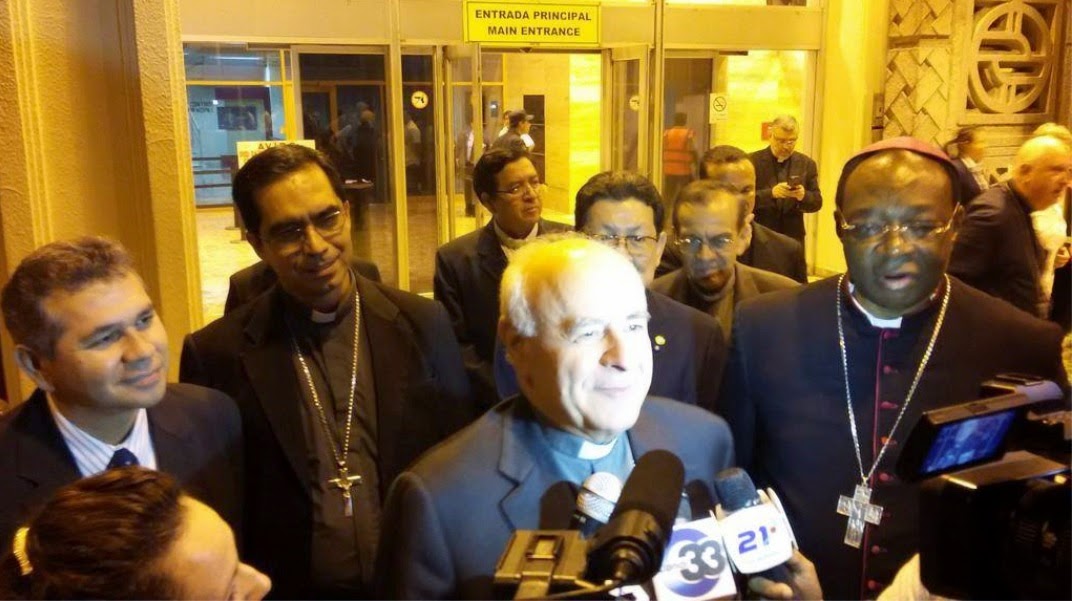 Español | italiano
Archbishop Vincenzo Paglia (photo), postulator of the Óscar Romero beatification cause arrived in El Salvador on Tuesday night, March 10, 2015, to announce that Romero will be beatified on Saturday May 23rd.  Paglia told reporters at the airport that Romero would be beatified “sooner than you may think.”  About an hour later, Msgr. Rafael Urrutia, vice-postulator Tweeted “it will be in May 2015.”  He added that the beatification date was chosen four days ago.  The Italian bishops’ weekly Avvenire, which broke the news that theologians had approved Romero’s martyrdom in January, soon reported that the beatification would take place on May 23—the Saturday before Pentecost Sunday.

[Update:]  At a press conference on Wednesday morning, sitting alongside the President of El Salvador, the Archbishop of San Salvador, and the Papal Nuncio to El Salvador, Paglia confirmed that the May 23 ceremony will be celebrated by Cardinal Angelo Amato, despite the fact that Amato had been scheduled to celebrate a beatification on that same day in Kenya (Africa).


[Analysis:] The beatification of Archbishop Romero on Pentecost Eve will be meaningful as a reflection on Romero’s death, as a retrospective on his ministry as a bishop, and as a meditation on the great charge that Romero sought to fulfill.

On Wednesday, Paglia will celebrate a Mass at the Cathedral Crypt where Romero is buried, and was scheduled to give a press conference at the same place at 4 p.m. local time.  Later that evening, Paglia will lead a thanksgiving prayer service at San José de la Montaña Church, a few hundred yards from the place where the beatification will take place.
Msgr. Urrutia additionally published the design of the temporary altar (photo below) that will be set up at the Divine Savior Monument in San Salvador, where the beatification will take place. 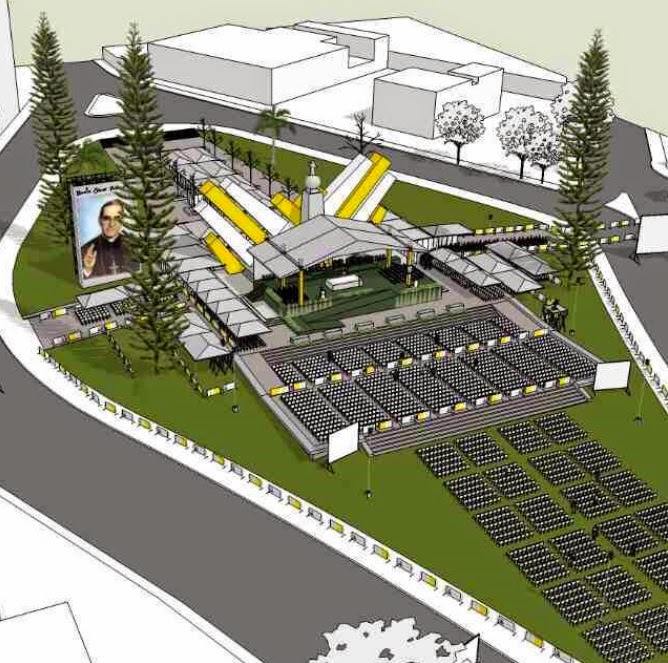 In a video message last week, San Salvador Archbishop José Luis Escobar Alas revealed that the Salvadoran Church is expecting a beatification ceremony of major proportions, admitting that crowds could spill well beyond the Divine Savior Plaza where the ceremony will be celebrated.  “It is true that we do not have a place large enough to welcome all the people who we think will come,” said the Archbishop: “we don’t have a place that can welcome a million, or half a million people.”

Archbishop Escobar explained that Salvadoran authorities selected the Divine Savior Plaza both for its symbolism (The Divine Savior or, in Spanish, “El Salvador del Mundo,” is the country’s patron) and because the area includes various spaces that could accommodate spill-over crowds, including a professional soccer stadium and a basketball arena.  Escobar stated that officials are looking into setting up giant screens to beam the ceremony around the city: “The heart of the city would become the stage for the beatification of Archbishop Romero.”

He noted that a major hospital is in the vicinity to deal with any medical needs, and said that priests would be stationed throughout the city to distribute communion. Fr. Edwin Henríquez said in a radio interview that some 300 bishops are expected to attend the beatification, consistent with the scale envisioned by Escobar.

Before leaving for El Salvador, Paglia granted a long-ranging interview to Salvadoran journalist Héctor Silva Ávalos, published in two parts in the local newspaper La Prensa Gráfica.  Paglia also announced his trip to El Salvador to supporters last week before leaving Rome on Sunday.  On his way to El Salvador, he made a stop in Philadelphia related to planning the World Meeting of Families in September this year, which will be attended by Pope Francis.  Paglia is President of the Pontifical Commission on the Family.